As a widow, I’ve found that I now hold this spiritual profundity tied with an increased sensitivity and feeling of empathy toward others. It doesn’t leave you. It stays no matter how long it’s been since you’ve lost your spouse or how you’ve moved forward in your life.

Tonight I laid in bed staring at my ceiling fan and this thought popped into my mind, “You had a husband and he is now dead.” It was a peculiar thought and it made me feel distanced from myself as if I were an apathetic observer just stating the facts rather than the one who endured my experience of Christopher’s loss. It evoked a feeling of surrealism and brought back memories of a once healthy, lively Christopher swimming in the river and making me a nervous wreck as he dove so closely to the rapids. “Whoa.” It is true, Christopher was alive and now he is dead. He is now “was”, not “is”. And I love him so much, even now, even as he is a “was”. I believe that’s why the thought that came to my mind seemed so strange. “Dead” implies that they are no more, they are gone, and it is absolute. Christopher has been absent, but not erased in DEATH, as far as I’m concerned. It’s incredible how in our humanity, we have this ability to connect deeper than the flesh alone and transcend the simple act of living and dying, connecting to a greater, infinite existence. Naturally, in losing someone, I believe we feel this transcendence deeper. Call it a coping mechanism, but I think it’s something more than what we can create in our own minds. It’s bigger than our minds and it’s easier to feel it than to verbalize an understanding of it. Holding this feeling makes me hopeful and less afraid of death, but I also realize the delicate nature of this fleshy life. Now I truly understand how the nature of living is far more than the fleshy parts. It’s not just the memory of Christopher that I love now, it’s still wholly Christopher because our souls transcend the “is” and the “was”. I feel this in everyone who loses a loved one, their continued connection even though their loved one is now physically absent. It’s sorrowful, but simultaneously beautiful.

So yes, I had a husband and now he is dead. However, it’s only his flesh that is now dead. Christopher is still very much alive and I feel it.

I thank Christ for such a gift. 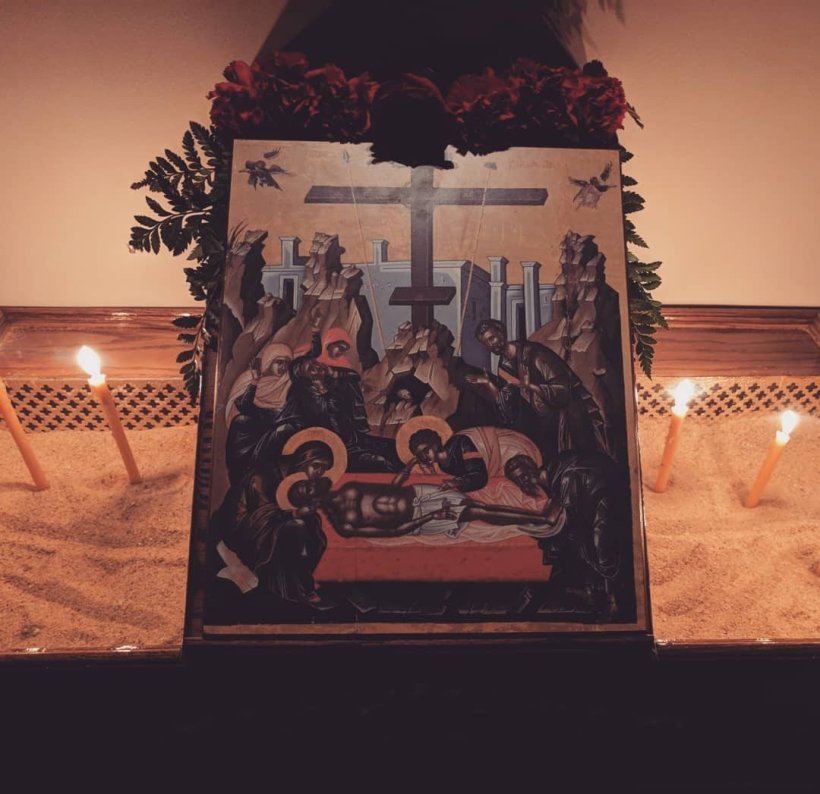 Depicting the body of Christ and the grieving of those who love Him prior to His resurrection.